Spot de Santana, Reunion Island, February 2017. A shark savagely attacked Alexandre Naussac 5 meters from the coastline. This is the 20th attack in only 6 years. Fear overshadows surfers, swimmers, windsurfers and kayakers. The politics conclude that rather than doing something about what they call “The Shark Crisis” they prefer to prohibit access to the ocean. We have nevertheless enabled a species of aggressive man-killer sharks to propagate: the Bull sharks. Feeding happily in the nature reserve, unthreatened by fishing, or any other predators, they are multiplying at an alarmingly exponential rate. The environmental lobbyists do not want to hear anything about dealing with Bull sharks. It’s fish vs man. And for now the 20 dramas that have taken place have not revealed one ounce of compassion or afterthought from the green extremists.

Could this be the end for surfing at Reunion Island ? 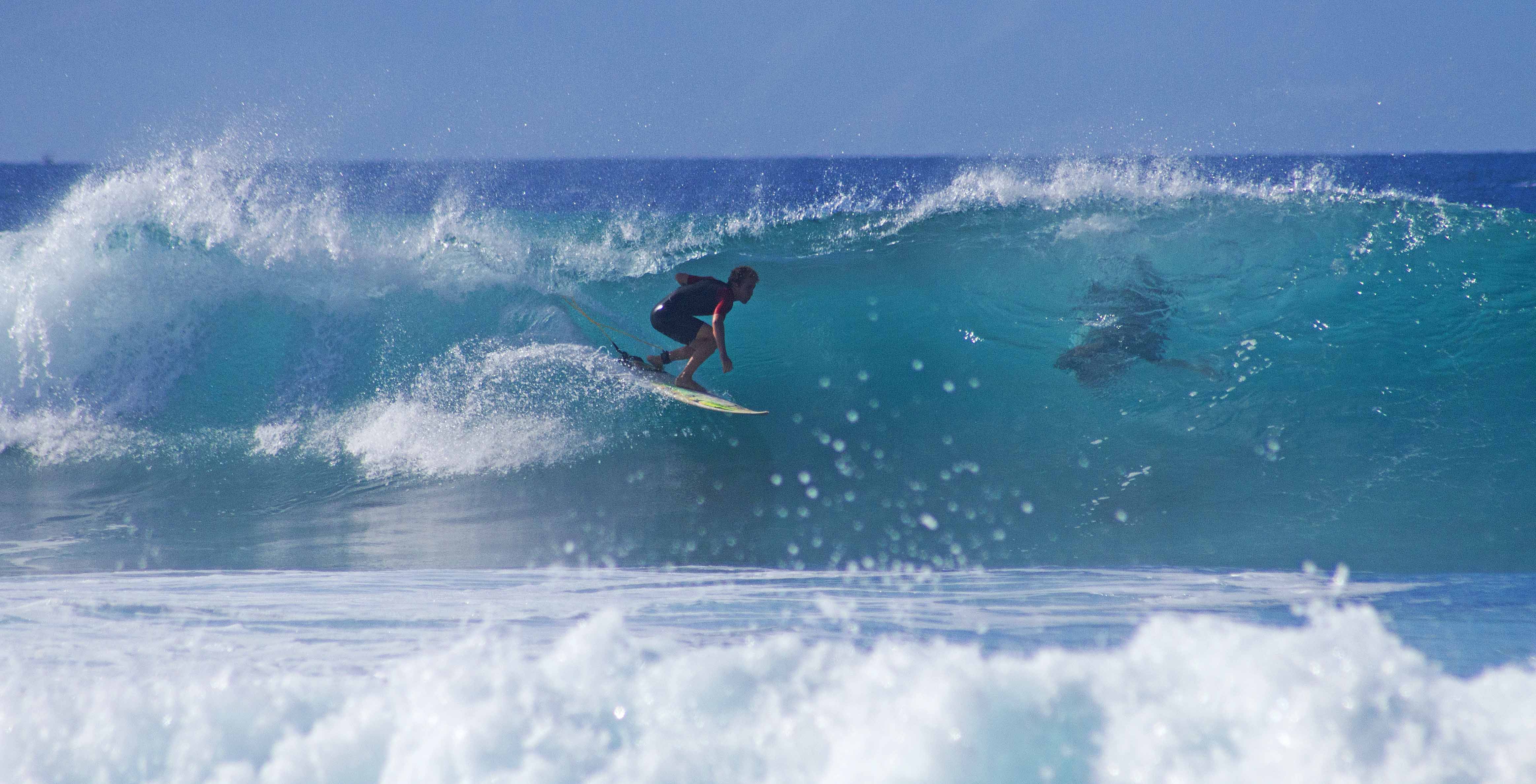 As the old adage goes “how many deaths does it take?” How many people devoured and transformed into meat do we need to count before anything is done? Reunion Island is getting deeper and deeper into trouble.

And now due to the hysterical reactions from environmentalists, of which SS is leading the pack, coupled with the authorities’ deafening silence, we are once again aiming at conserving a status quo that will provoke more deaths down the line.

Even the headline-catching intervention from Kelly Slater, multiple world champion surfer and staunch environmentalist who expressed the need for regulating the abnormal proliferation of certain species of shark, notably the Bull shark, was not enough, only enough to make waves. Even though his sudden about-face turn on his previous declaration was spectacular and unexpected, we could even add: carefully thought out. We can’t accuse him of taking this decision on a sudden impulse or in an emotional manner, being a pure bred environmentalist.

Collective hysteria rose up against him and he had to hit back justifying his position. If an icon such as Kelly Slater carries no weight to change the fanatical environmentalists views, no one has. And that is worrying. The most infuriating is that surfers and nature protection lobbies are in general very much on the same lines; everyone wants to preserve and respect nature. The idea here is not to exterminate a shark species it is to bring a balance back into the Bull shark population, which has proliferated in the safe waters of this nature reserve where 3-meter long sharks enjoy a fast-food service where they can’t tell the difference between fish and humans. 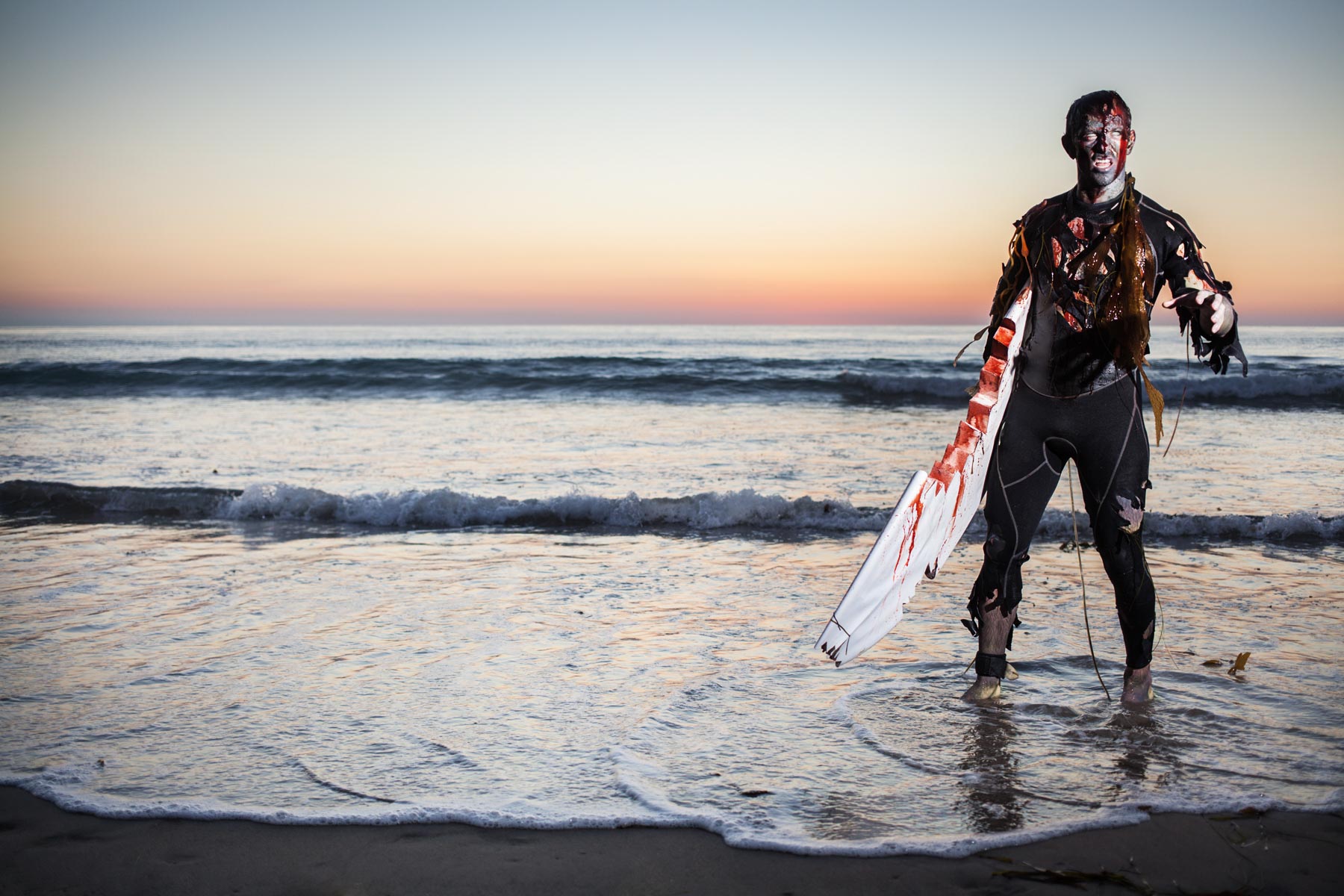 WE ARE ALL POLLUTERS OF THE ENVIRONMENT

Surfing at Reunion Island is also a lost cause because sociologically people no longer want to hear talk of “hunting” or “culling”. Environmentalism (we are not talking about real acts of environmentalism that genuinely respect the natural world) has “contaminated” all social levels. We sort our waste, we eat organic food because of cancer fears, we empathize with whales, dolphins, wolves, bears, and yet, we let homeless people die on the streets. We integrate this idea of environmentalism by using electric cars that are recharged using nuclear power and we don’t hesitate to buying an air ticket to somewhere on the other side of the planet, to go trekking in Tibet and fill our spiritual souls. All of us have our own excuses for having a lifestyle that resembles self-gratification and self-interest; I am the first to admit to this.

But principles and a clear conscience enable us to buy our way into this green activism, it’s easy: let’s battle to save an endangered nature reserve, we can give a donation to SS where their aggressive, in your face front-line actions make the headlines, showing heroism in the plight of our planet, where the urban community are inept as they live with their perpetual contradictions (“consumers” versus “citizen”)… We’re going to speak out about the simple idea of fishing out a few Bull sharks on this small rock in the Indian Ocean, Reunion Island. But the environmentalists do not have one ounce of regret about the deaths, the devastated families and the economical disaster that this Shark Crisis represents for this island and the French department that is most touched by unemployment. This is a militant green movement, like all militants, their logic and truth is carefully contrived to suit their own aims: and the rest of the world must heed to their vision.

It is impossible to break through the barrier of these closed minds. People are brainwashed with the barrage of pollution, the extinction of certain species in the world that provoke green extremists to have a completely irreversible mental block. These green soldiers, the ‘future of humanity’, the neo-evangelists, have one aim and one moral mission: never stand down. Man is Satan personified. With their finely tuned propaganda and shouldered by politicians they have known how to infiltrate the scientific world who herein offer an undisputable warning supporting their catastrophic speech. So from now on it is dictatorship against progress and reasoning; sharks against the humans. These surfing fools have no place in a private sharks’ aquarium. The reality that it was a devised nature reserve imposed on Reunion Island’s beaches is no longer up for discussion. We are breeding Bull Sharks (one female will deliver about 70 young every two years), and all are fed by an all-you-can-eat buffet…

Just next-door are paradisiac beaches, surf spots and inviting blue waters, where now you can no longer put your feet in the water. A tropical paradise overshadowed by the devil in the deep blue sea. 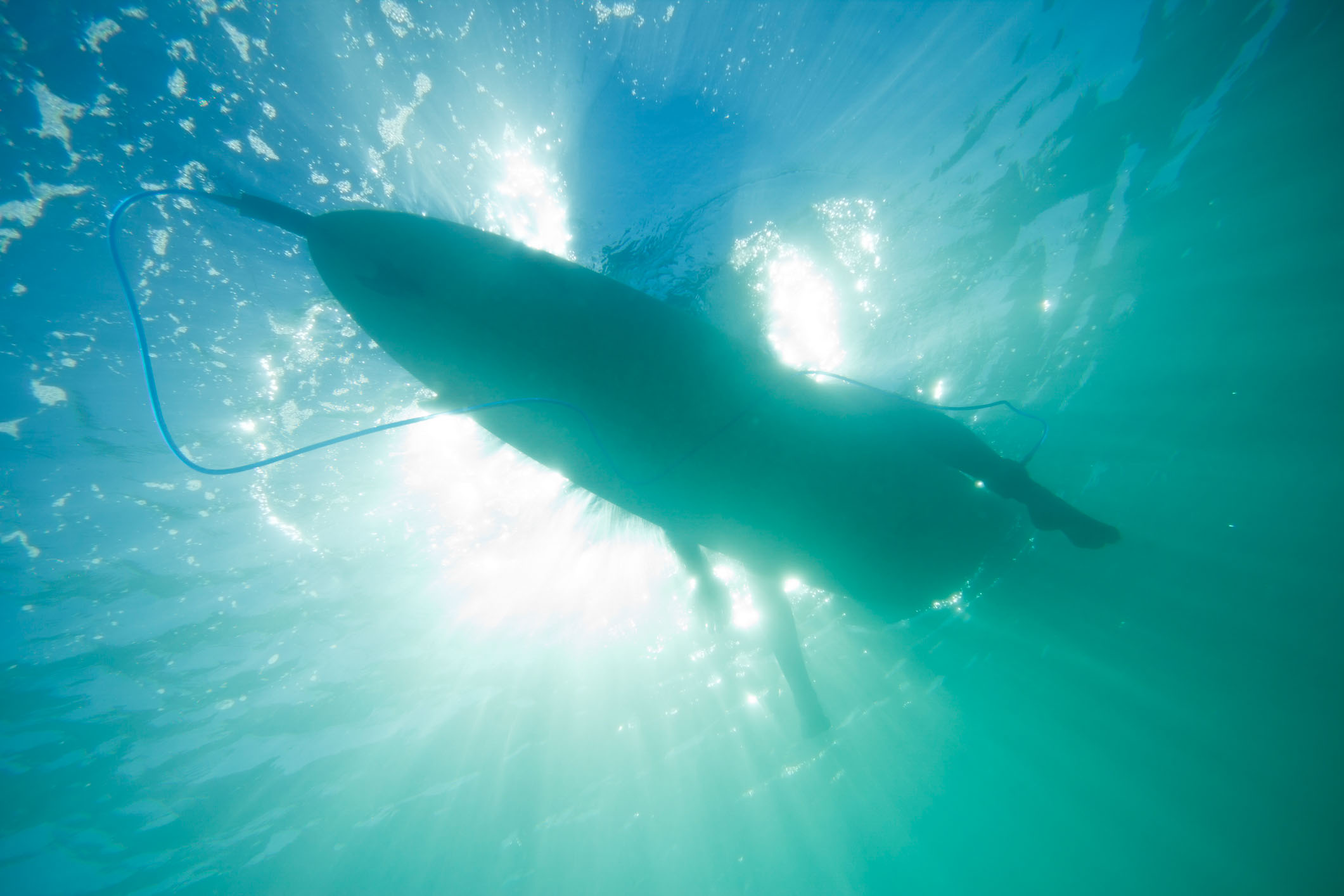 Shark fins are everywhere, nothing happens for months and suddenly all hell breaks loose: a beast three-meters in length mauls the foolhardy that succumb to the simple desire of going for swim or surfing. At best he escapes with an arm or leg missing, at worst (although wouldn’t it be better to die?), he gets hacked to pieces by these killer jaws to feed its family. Even kayakers aren’t safe. In 2011 at Houssaye cape (Saint Paul) a tiger shark rammed the embarkation point and bit with all its might, the kayaker tried hitting him on the nose with his paddle to frighten him off which only enraged the beast more to attack the rest of the boat…

OUR NATURAL SPACES ARE SLIPPING AWAY FROM US

Entire expanses of nature are slipping out of our hands, just to offer a clearer conscience to our polluting citizens. It is much harder to deal with a genuine problem and so much easier to attach ourselves to known environmental symbols than the culling of certain sharks. The frenzy of protecting the planet is so much easier when it concentrates on areas that don’t affect us: Africa, Asia, etc. We tighten our belts, set-up bans and create natural reserves, national parks, all “green” stamped zones multiply with hefty subventions, political weight and of course environmentalist lobbying. Pollute all you like in the occident but here in these green spaces man has no place. So entire populations have their land repossessed and must resign to redesigning their lives and livelihood to fit this movement; under the ridiculous assumption that it will lead to an environmental balance. Fishing is banned, and there are bans on a multiple and varied scale. On Reunion Island the national park workers wear full protective clothing and masks to spray weed-killer in the volcano crater because there’s a plant that is growing which shouldn’t be in this biotope… Let’s just hope it isn’t Roundup!

So, on Reunion Island they interfered with the natural ecosystem by creating a nature reserve, and realized too late that the sharks have multiplied to exponential proportions. They are in total denial, according to them we must simply continue on the same stance, to admit to error would be inconceivable. The economical disaster and most importantly human loss is not in their visual spectrum or in their logic of understanding, listening, a little like in the soviet era, they are doing it for the greater good of humanity (but we don’t know that yet). The life of a fish is priced higher than a human life.

So, surfing is dead on Reunion Island. For probably many years to come. Surfers used to enjoying the beauty of surfing aren’t designed to battle against such a machine, a steamroller of communication of massive associations protecting nature. They are experts in marketing, for working the political stance and for launching campaigns. In only two days SS even succeeded in turning Kelly Slater’s point of view around and strangely he now no longer wants to cull Bull sharks, even though they have devoured some of his closest friends. Incredible! Blatant proof of the power of these extremist organizations.

ATTACKS WILL INCREASE ALL OVER THE WORLD
So is there a solution? Will we be able to share the waters without being fish bait? This idea seems like a far distant dream for Reunion Island. But increased risks worldwide over the next few years could change public opinion… Natural reserves are flourishing on coastlines, attacks are more and more frequent and countries are seriously starting to examine the proliferation of Bull Sharks on the beaches: from Récif (Brazil), to the Seychelles, to Polynesia to Hawaii (another attack this Autumn in Hawaii), people are getting worried. South Africa and Australia, who have until now managed the risks due to using netting and drum-lines (selective fishing), are now also being placed under pressure by environmentalists and risks have since increased. When tourists do get devoured more and more often in front of the beaches, these statistics will surely be the turning point.

Until then, wherever you are in the world, you will need to ask yourself the serious question of what the risk of a shark attack is, before putting your toes in the water. On Reunion Island no one asks this question anymore, it’s a done deal, Frankenstein has done his work, and the results are there. It will be a very long time before public opinion changes the general hypocrisy of superficial environmental concern where the only aim is to caress a clear conscience. “We must preserve the Bull Sharks at any price!” even if ocean lovers, surfers, swimmers, kayakers pay the price in liters of blood and cadavers.